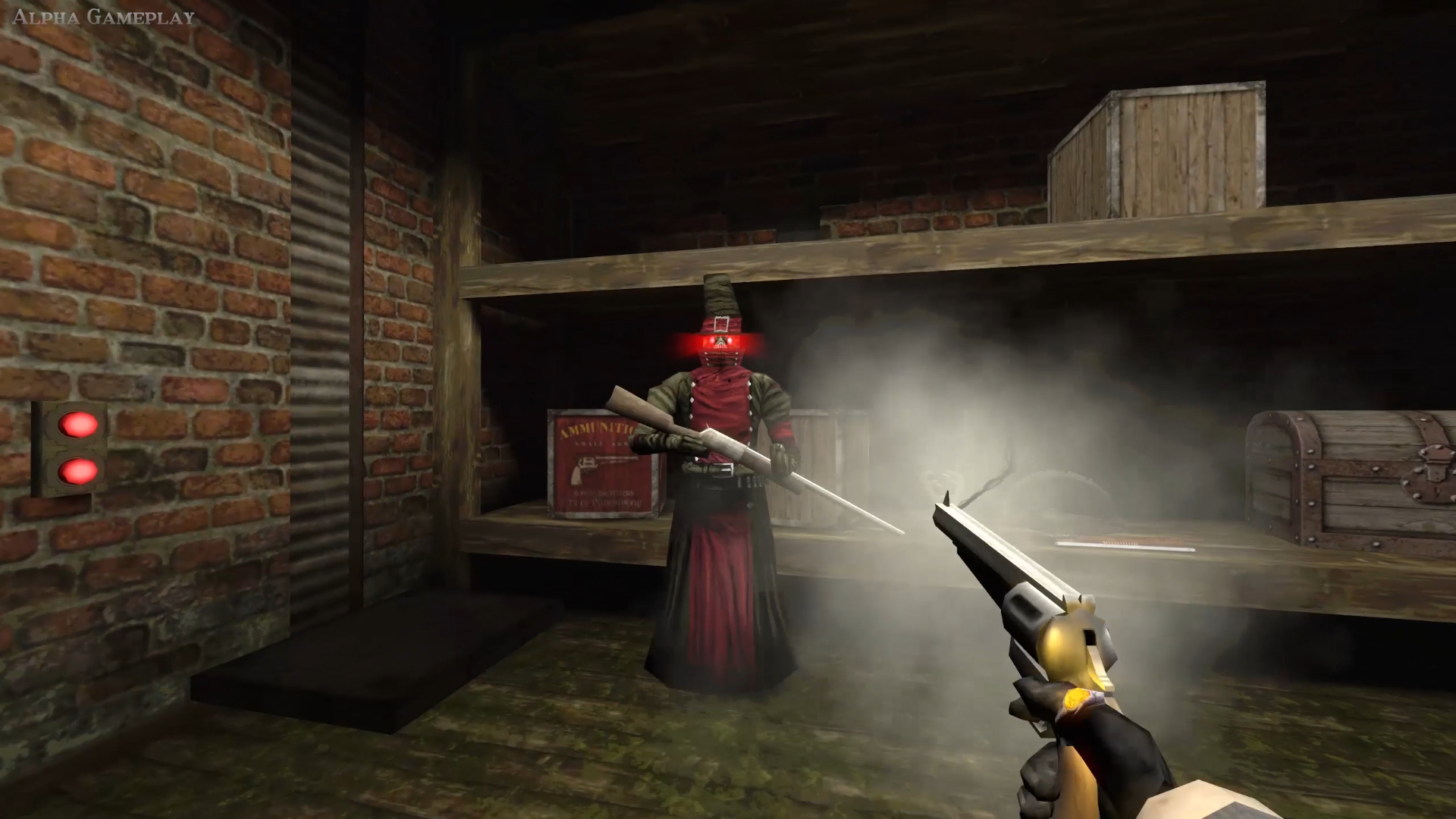 We don’t get enough immersive sims nowadays, so you can bet I want to scream it from the rooftops when a new one pops up and looks this good. Gloomwood, a first-person stealth game from Dillon Rogers and David Szymanski, has been on my radar since its excellent demo came out last year. Now the game is back at the PC Gaming Show and publisher New Blood Interactive shared five new minutes of gameplay that you can (and should) watch above.

From what I can tell, the clip must be from the very beginning of the game as the player is getting acquainted with the basics of stealth, combat, and the inventory. And boy howdy, are those systems a feast for the eyes. Like in the demo, the grungy polygonal enemies and simplistic animations really work against all the dark hallways and eerie noises. Gloomwood has major Bloodborne vibes.

As a big fan of Dishonored and Prey 2017, I’m extremely into the diegetic inventory that lives inside the character’s briefcase. You can drag and rotate items around to make room as needed, but you can also drag those items outside the case to place them in the world. You can see the player do that in the video with the bottle they throw to distract a prison guard. The dragging system seems like it could split the difference nicely between a convenient hotkey bar and the laborious task of actually fishing crap out of a briefcase. It’s quick, yet deliberate. You can keep a few things equipped like your cane sword or revolver, but anything extraneous requires some safety to reasonably access.

Speaking of the revolver, the reload animation is slow and precise in a way I can totally get behind. Judging from the video and last year’s playable demo, you won’t get far if a minor scrape turns into an extended fight. The cane sword seems suited for stabbing from stealth, not slashing or fending off a wave of blades Dishonored-style. There’s also a double-barrelled shotgun that looks similarly fun to reload.

Gloomwood strikes me as the type of game where a note might tell me which guy to stab to get the key I need, or a lever might open a sewer grate that bypasses that risk altogether. That’s all I really need to get excited about a game—I just really like the genre—but what’s sending me over the edge are all the neat details that today’s video shows off.

Gloomwood still has no release date, but you can play the demo any time.